Seen from the Fruška Gora hills, Novi Sad gently and easily spreads across the Pannonian Plain, opening its doors wide to every guest.

Novi Sad is also a city of science and art. The Novi Sad University has nineteen faculties with departments specialising in all areas of science and the arts. 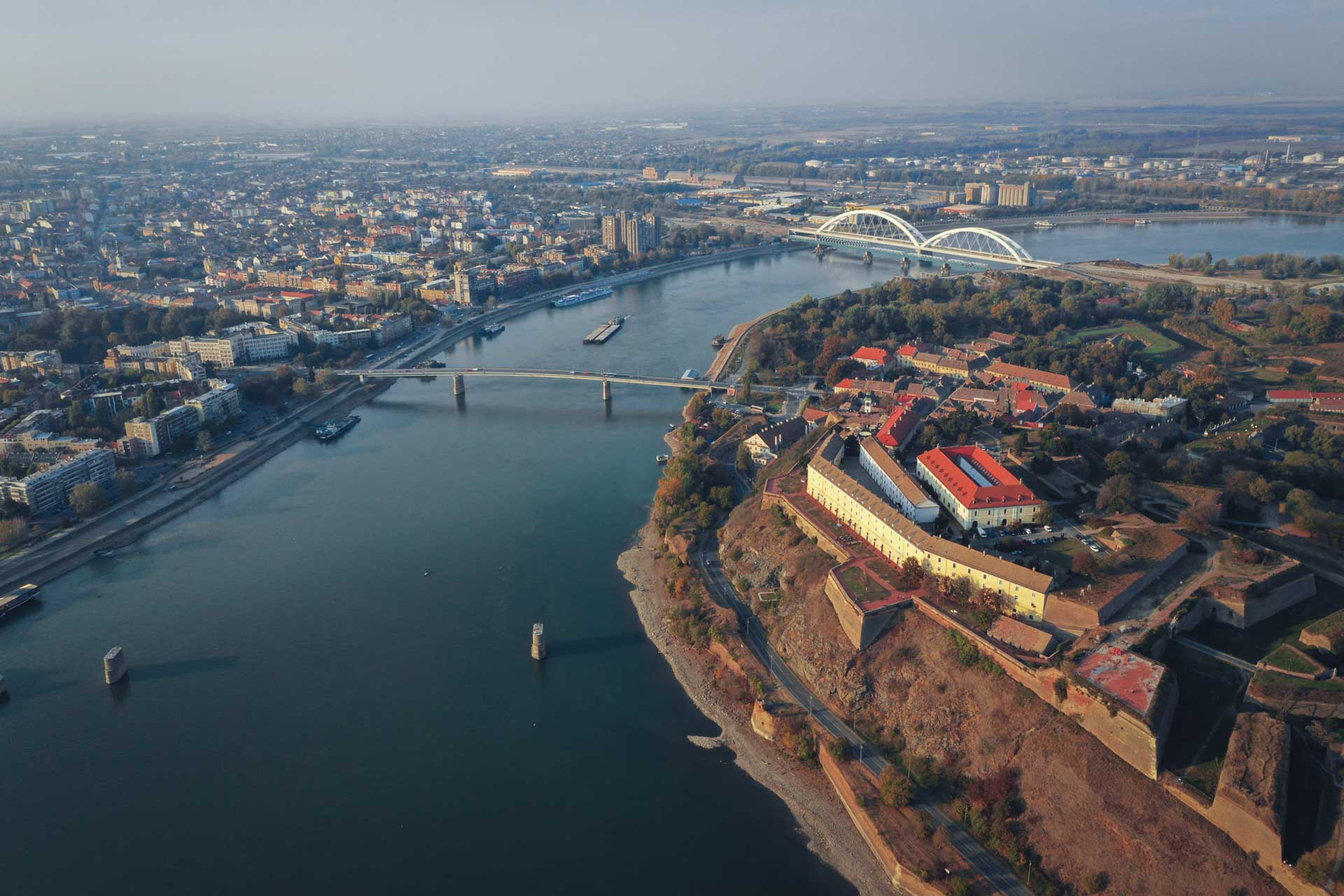 Besides the great number of young people from Novi Sad who study in their own city, the University also draws a great number of students from all over Serbia, as well as from abroad. The city also offers a great variety of museums and galleries, with different kinds of displays and exhibitions. Almost every week a new exhibition opens or a new collection is put on display in one of the museums. No list would be complete without mentioning the Museum of Vojvodina, the Novi Sad City Museum, the Vojvodina Museum of Contemporary Art, the Matica Srpska Gallery, the Pavle Beljanski Memorial Collection and the Rajko Mamuzić Gift Collection. All of these institutions guard a wealth of cultural heritage and attract a great number of visitors, both foreign and local.

Another important aspect of life for the people of Novi Sad is sport. The city and surrounding area offer a great number of facilities for different sports. There are also some sports that are specific to Novi Sad and only played here. One of these is “head tennis” or “headball”, one of the main games played on the beaches during the summer months. The people of Novi Sad are also drawn onto the waters of the Danube in the warm summer months to enjoy sports such as sailing, canoeing, water skiing, jet skiing, or simply relaxing in boats. Novi Sad is one of the most important centres of sport in Vojvodina, with top-level competitors in just about every major sport. One of the most popular of these sports in Novi Sad is volleyball, though others are not far behind in terms of mass-popularity and attendance.

Another characteristic of Novi Sad and its people is that they love to have a good time and party, and there are only a few months during the year without any major event going on. Certainly one of the best-known and most attended is the EXIT Festival, held every July in the Petrovaradin Fortress. 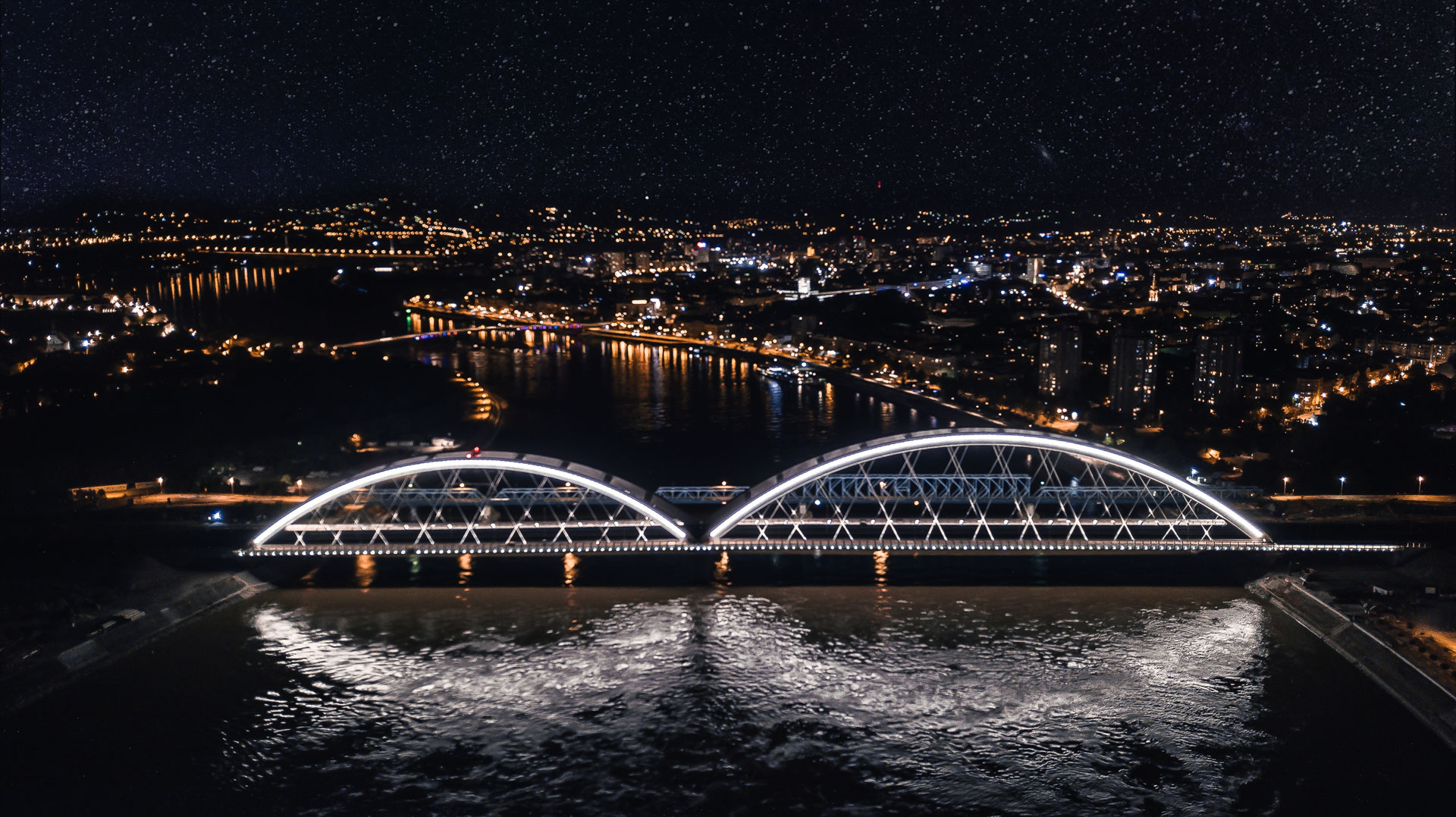 Another famous events are the Street Music Festival, “Sterijino Pozorje” Theatre Festival, “Zmaj” Children’s Games, the Novi Sad Spring Horticultural Fair, the Tunnels of Light, the Night of the Museums and many others. All of these events attract a great number of visitors and reflect the spirit and relaxed atmosphere of Novi Sad.

The three century-long tradition of this city is a matter of pride for its people, and its roots are visible wherever you go. This is one of those rare places where it is possible to live a lifestyle that is both peaceful and dynamic, in a city made to measure for its inhabitants. In this time of haste and modern communications, Novi Sad and its people continue to preserve their relaxed outlook and the peacefulness and friendliness typical of the Pannonian Plain. This is a city where people do everything at their own pace and still, always make it on time.

HISTORY OF THE CITY

At the foot of the Fruška Gora hills, in the shadow of the Petrovaradin Fortress – the Gibraltar of the Danube – is Novi Sad, a city with a history just over 300 years long.

Its construction began at the 1255th kilometre of the Danube’s course. It is first mentioned in 1694, just two years after the construction of the Petrovaradin Fortress began. Despite the fact that the city itself has a relatively short history, the area in which it was found has a very long and interesting past, encompassing numerous people and cultures. Here, where three rivers converge and meet – the Danube, the Tisa and the Sava – the cultures of East and West have come together, and so did different religions as Eastern Orthodoxy, Roman Catholicism and Islam. As a result many ethnic and religious groups have made their home here and numerous people have settled or passed through the region – the Romans, Gepidaes, Huns, Avars, Slavs, Germans, Hungarians, Byzantines and Turks. The first fortress on the Petrovaradin rock was built by the Romans. This was later restored by the Hungarians and then taken over by the Turks. In the 17th century, after the expulsion of the Turks, the Austro-Hungarian rulers began constructing a bridgehead on the marshy, left bank of the Danube, across the river from the fortress. Around this fortification a settlement began to develop, populated by traders, craftsmen and soldiers. This settlement was first called Racko Selo (‘Serbian village’), later to be known as Petrovaradinski Šanac (a šanac is a castle moat).

After the wars of the early 18th century, when the settlement began to see growth, its citizens sought and bought their liberty (at a cost of 80,000 forints) from Empress Maria Theresa, gaining the status of a free royal city, and called it Novi Sad. Therefore, Novi Sad has enjoyed city status since February 1, 1748. 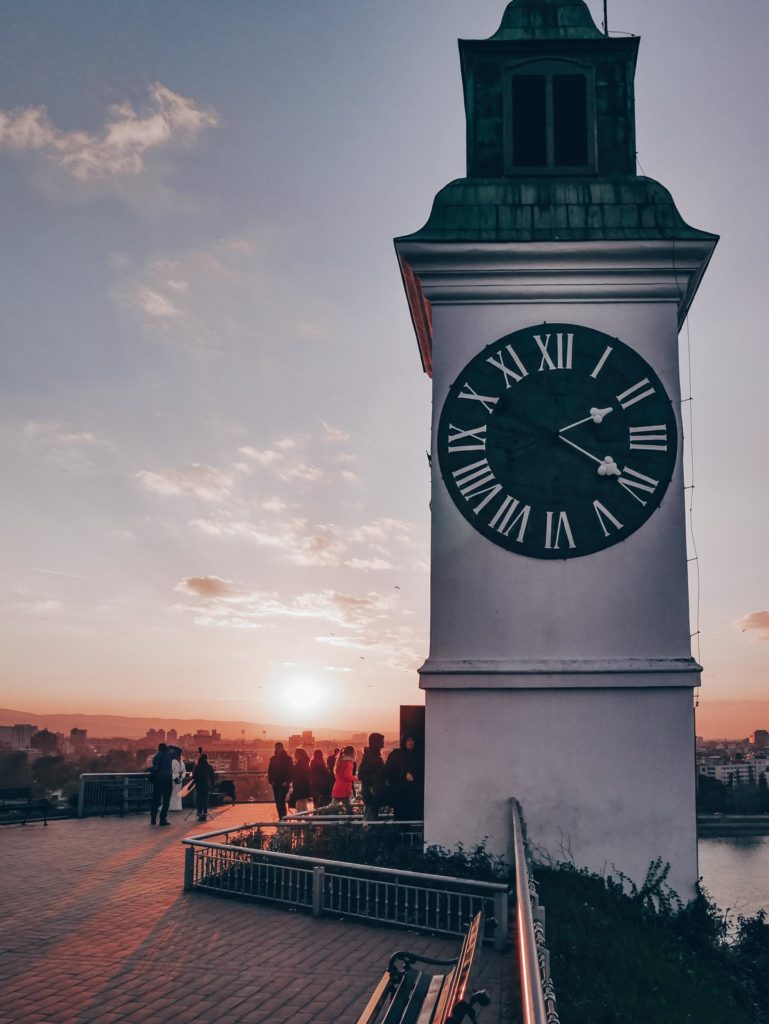